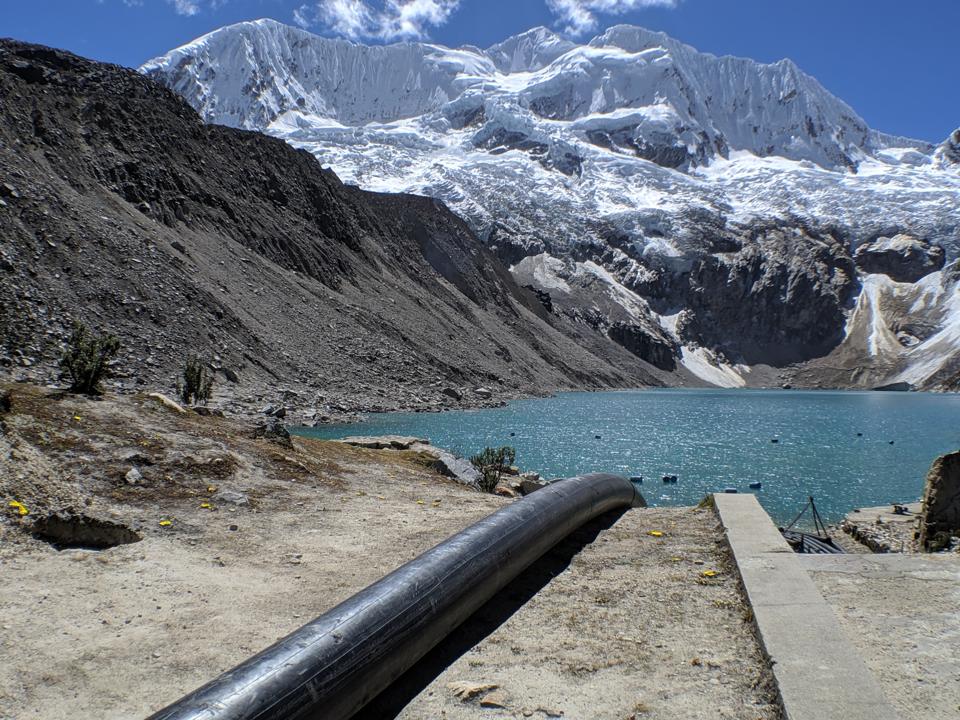 In 2019 I caught a ride to one of the most dangerous lakes in the world with employees from INAIGEM, a division of Peru’s government charged with studying glaciers and mountain ecosystems.

We spent half a day hiking around and above Lake Palcacocha, which sits at the foot of multiple glaciers capping soaring Andean peaks. In 1941, a chunk of a glacier is thought to have fallen into the lake, triggering a massive flood that overtopped the natural moraine dam. The ensuing mudslide buried the town of Huaraz, far below the lake, killing thousands.

Today, the population of Huaraz has swollen by more than four times and the volume of Palcacocha has also swollen to more than thirty times what it was, creating a ticking bomb.

I talked to a number of people with INAIGEM and elsewhere who have studied and worked at Palcacocha. All of them talk about climate change as one of the key drivers increasing the risk of another fatal outburst flood from the lake.

Now, a new study reaffirms global warming is a key culprit behind the looming threat above Huaraz.

“The scientific challenge was to provide the clearest and cleanest assessment of the physical linkages between climate change and the changing flood hazard,” said co-author Gerard Roe, a University of Washington professor of Earth and space sciences.

Roe and his colleagues claim to have come up with a way of linking a single glacier’s retreat to anthropogenic climate change. They calculated the role of human emissions over the past few centuries on the temperature increase seen at Palcaraju Glacier above Palcacocha. The study finds that 95 percent of the 1 degree Celsius (1.8 degrees Fahrenheit) warming since 1880 can be attributed to human activities.

“We believe our study is the first to assess the full set of linkages between anthropogenic climate change and the changing glacial lake outburst flood hazard,” Roe said.

The study is published in Nature Geoscience this Thursday.

But the point of the research isn’t just to find the cause of a problem that’s already obvious to practically everyone. It also provides new evidence for an ongoing case in which local Huaraz mountain guide Saul Luciano Lliuya is suing German energy company RWE for its role in fueling global warming and contributing to the growing danger from Lake Palcacocha.

I met with Lliuya in Huaraz in 2019. The case against RWE actually asks for a trivial amount for damages, but could also set a ground-breaking precedent. He told me it was about striking a blow for climate justice.

“In the sense that those of us who have not contaminated so much are suffering the consequences of what has been provoked by others at other places. So we hope for justice, that there is equity of justice in everything.”

The Covid-19 pandemic has delayed the court case, but the threat of glacial lake outburst floods is growing globally.

“This risk is particularly severe in Huaraz, as well as elsewhere in the Andes and in countries like Nepal and Bhutan, where vulnerable populations live in the path of the potential floodwaters,” Roe said. “The methods used in our study can certainly be applied to other glacial lakes around the world.”